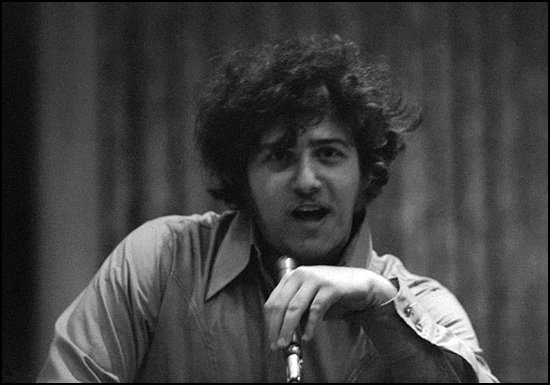 Len Wein is a true legend within the comics industry. Rising to prominence during the Bronze Age of comic history, he is responsible for creating some of the most famous characters the medium has produced, such as X-Men’s Wolverine and Storm. However, there is an extremely important contribution from him that is often sorely overlooked. Len Wein is the one responsible for making Green Lantern John Stewart a leading character in the pages of Green Lantern. Prior to Wein’s involvement with the Green Lantern franchise, John Stewart was an infrequently used supporting character who filled in as Green Lantern when Hal Jordan wasn’t able to function in that role.

Interestingly, Len Wein’s first work with John Stewart was not even in the Green Lantern title. Len Wein had an affinity for John Stewart for a good while before he even began writing Green Lantern, which was displayed when he wrote Justice League of America #110 in 1974. He used the opportunity to give the character a strong spotlight during a Christmas Special. John Stewart met and joined forces with the Justice League when Hal Jordan slipped in the bathroom and got knocked out by the fall, making him unable to answer an emergency call from the League. After Jordan’s ring made sure his injury wasn’t serious, it sought out its other user, John Stewart, so that the call for Green Lantern wouldn’t go unanswered.

Picking up from the characterization Denny O’Neil had given John in the character’s debut in Green Lantern/Green Arrow #87, Wein made John conscious and concerned for the plights of the underprivileged. The adventure took the League to a ghetto in Saint Louis, Missouri, where the villain known as the Key attempted to destroy an entire city block with explosives. John proved how useful and versatile he was on numerous occasions, earning the admiration and trust of the League, with his greatest feat utilizing his architectural background and skill with a power ring to rebuild the homes destroyed by the Key, making them much better than before.

Wein wouldn’t forget about John Stewart, though. While writing and editing Green Lantern in the early 1980s, Wein made the groundbreaking decision to retire Hal Jordan as the Green Lantern and to fully pass the mantle and lead role of the title to John Stewart. When Hal Jordan resigned from the Green Lantern Corps to spend more time with his girlfriend, Carol Ferris, the Guardians passed his power ring to his backup, John Stewart. Wein moved John out from Detroit to Los Angeles where he became an employee of Ferris Aircraft Company and formed bonds with many of the key Green Lantern characters, like Carol and Carl Ferris. John battled long standing Green Lantern foes like Major Disaster and Eclipso, and it was under Wein’s pen when John first met Katma Tui, who would go on to become a very important character in John Stewart’s history. Teamed with legendary artist, Dave Gibbons of The Watchmen fame, Len Wein kicked off one of the most prolific Green Lantern runs.

When asked what inspired him to make such a monumental change in the title, Wein said that he simply couldn’t think of anything new to do with Hal Jordan. He approached his friend, colleague, and former Green Lantern writer, Marv Wolfman, for ideas. Wolfman is the one who suggested switching the lead character, reasoning that the book is called “Green Lantern” and not “Hal Jordan.” Wein followed his friend’s advice and made John Stewart a fulltime member of the Green Lantern Corps, and a leading hero in his own right.

I honestly believe that had Len Wein not done this, John wouldn’t have the success he enjoys today. Had John not had his notable run as Earth’s Green Lantern in the 1980s, I don’t think he would have been selected for the Justice League cartoon show, which led to him becoming the Green Lantern for a whole generation of fans. Additionally, John Stewart was featured in the milestone Crisis on Infinite Earths crossover because he just happened to be the Green Lantern at the time of its publication.

Because of the huge upshots and overall quality of Len Wein’s Green Lantern run, he is undoubtedly one of the most important creators to work on the John Stewart character. He was the first one to see enough worth and value in this minority character to place the faith in him to carry an important title like Green Lantern. What’s more is that Wein proved that it could be done. Even after Wein left the Green Lantern book, Steve Englehart and Joe Staton continued to feature John Stewart as the lead character of the title, and went on to create some of the most legendary Green Lantern stories with that set up. John Stewart and his fans owe so much to the renowned comic writer Len Wein.

Back to Notable Creators.