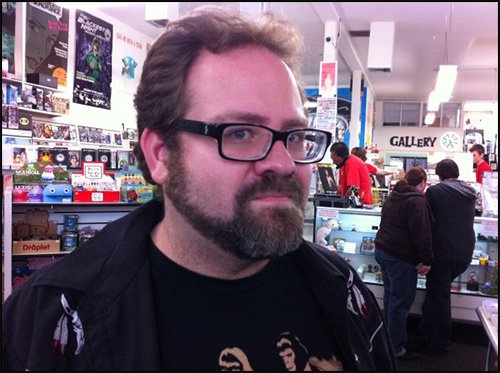 After roughly one year, Joshua Hale Fialkov -who was once the writer of Green Lantern Corps and Red Lanterns, but who quit before a single issue of his shipped- stepped forward to shed some light on the fiasco involving DC Comics’ edict to kill Green Lantern John Stewart. In an interview with Bleeding Cool, Fialkov admitted it was DC editorial’s idea to kill off their most well-known and beloved minority character, and quite possibly their most recognized Green Lantern. This is the first official confirmation from any of the parties involved.
From Bleeding Cool:

“RJ: So, exactly who was it who told you to kill off John Stewart? You don’t get these questions at CBR, I know.

JHF: Editorial felt that the story we were telling wasn’t ‘compelling enough’ and suggested that the murder of John Stewart would be. I disagreed.
It was all so long ago, but it still bums me out. I love those characters, and wanted to be a part of the launch so badly.

RJ: I notice he is now alive in the Futures End comic set thirty years in the future.

JHF: I know that those plans all got scuttled after I left, but, that wasn’t enough for them to ask me back.

RJ: Is there any way you could ever see yourself going back?

JHF: It was a toxic environment working there when I did. I was walking with a cane and suffering from migraines two or three times a week from all the stress. After I quit, that all went away.
I’ve lost probably 50 pounds, and, am training for a marathon.

RJ: They should probably bottle that as medication.

JHF: Just being out from under the negative energy contributed a lot of that change.

JHF: And let them make a PR mess out of it, completely vilifying themselves in the process, yes.”

I’ve had a theory that the character Simon Baz -an Arab American Green Lantern- was meant to replace John Stewart, perhaps as an effort to keep John Stewart from being used in other media, like film, video games, and so on. DC could use Baz as a shield from accusations of racism if they killed John Stewart.

It’s well known that Green Lantern Hal Jordan -a favorite of DC Entertainment Chief Creative Officer, Geoff Johns- hasn’t performed well in mainstream media, and that a great many people have asked for John Stewart to appear in film, animation, and so on. What’s the best way to keep John out of such projects and continue pushing Hal Jordan on audiences? Simply kill John Stewart in the comic books, of course!

This makes me think rather low of DC Comics, because what it looks like is certain people at DC can’t stand the fact that many people recognize Green Lantern as a black person. That’s why they’ve shoved all this stuff at audiences starring the white Green Lantern, while attempting to bury John Stewart. What’s so hilarious is that audiences have shoved it right back in their face and have asked for the black one, and DC’s dirty secrets are coming out in the open.

Conversely, I have a lot of respect for Joshua Hale Fialkov. I think I speak for all John Stewart fans when I say how grateful we are for his great sacrifices. I’m very happy he’s doing much better now on a personal level, and I wish him all the best in his current and future endeavors.