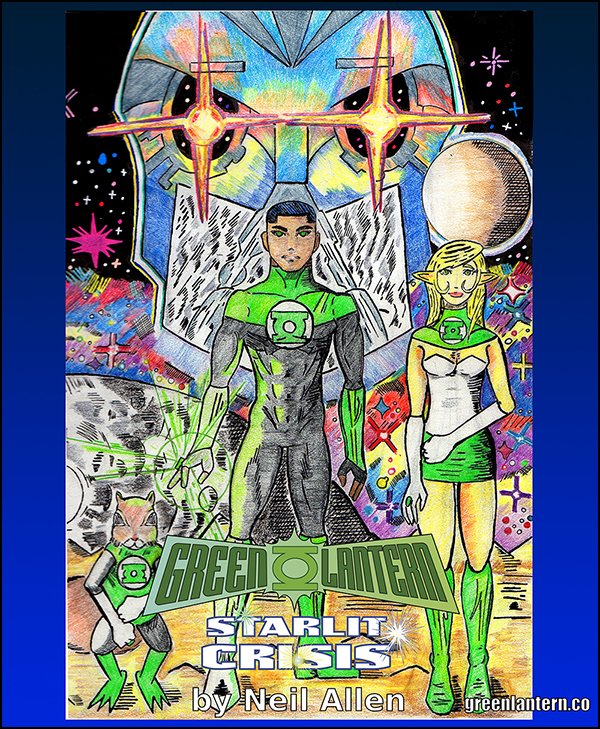 Chapter 1: The Quest Begins! (Welcome to a Brand New Crisis)

Chapter 2: The Den of Thieves

Starlit Crisis is the work of one person, Neil Allen, also known as Desh. Rather than sit on the sidelines and complain about what I don’t like in comics, I believed it was more productive for me, for the fans, and even for the professionals, if I set out to actually make the comic that I would like to read. It’s been a wonderful experience, and I’ve learned many new things along the way. I am delighted to have something to share with you.

I hope you enjoy reading Starlit Crisis as much as I enjoy making it!