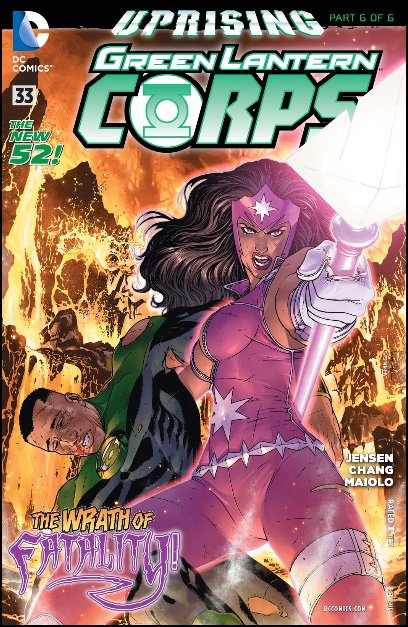 The final part of “Uprising” has been released in Green Lantern Corps #33, and you know that GreenLantern.Co could never miss reviewing this one. Head over to the review to see how it measures up.

“First, what I appreciate most out of this is all the incredible work Van Jensen, Bernard Chang, and Marcelo Maiolo have done with John Stewart. This story arc has fleshed John out considerably, giving him a very solid supporting cast filled with fascinating characters like Von Daggle, Jruk, Feska, Arisia, and Fatality, and an expansion of his back story by showing some of his time in the Marine Corps, and shedding light on why he left. Jensen has made the most out of John’s relationship with Fatality, crafting a surprisingly compelling bond that adds several layers of enthrallment to this cosmic action story. In a years’ time, the GLC creative team has turned John Stewart from a present but empty character in recent comic continuity, to one of the most entrancing heroes of the DC Universe.” 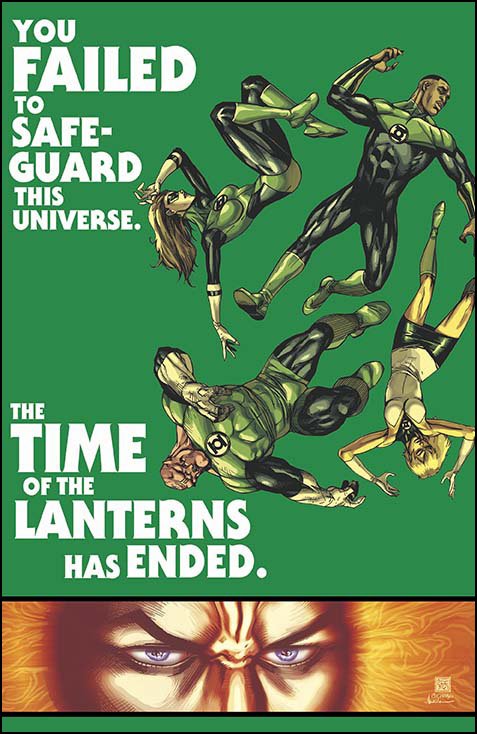 Written by VAN JENSEN
Art and cover by BERNARD CHANG
MONSTERS Variant cover by MIKEL JANIN
On sale OCTOBER 8 • 32 pg, FC, $2.99 US • RATED T
“GODHEAD” Act 1, Part 3: The New Gods are on the march, and the war against the ring-wielders has begun. John Stewart summons a strike team of Green Lanterns to go into battle against the fiercest of the New Gods, Uggha and his deadly warriors. But what good is the most powerful weapon in the universe when the Lanterns face the gods of the entire multiverse?!

Green Lantern Corps is being drawn into yet another cross over. I recall Van Jensen and/or Robert Venditti saying at one point that the books would break apart and go their own ways after the Durlan storyline wrapped up, but maybe there was a change of plans. Anyway, the only thing that currently piques my interest about this is that it is a clear opportunity for the creative teams to do away with the Emotional Spectrum or greatly lesson its influence in the Green Lantern books.

Last October the Green Lantern titles ran the “Lights Out” event in which the Blue Lanterns and Entities (barring Parallax) were wiped out. Perhaps the creators will continue to clean up the Spectrum with this next event. At the very least, there is really no good reason to have Larfleeze and the Indigo Tribe around. I have a feeling the creators will use this event as a means to move even further from the Geoff Johns take on Green Lantern, which would be very welcome to me.

The variant cover for the upcoming October issue has been released as well, and it’s a cool Halloween themed picture of Green Lantern John Stewart as a Black Lantern zombie! 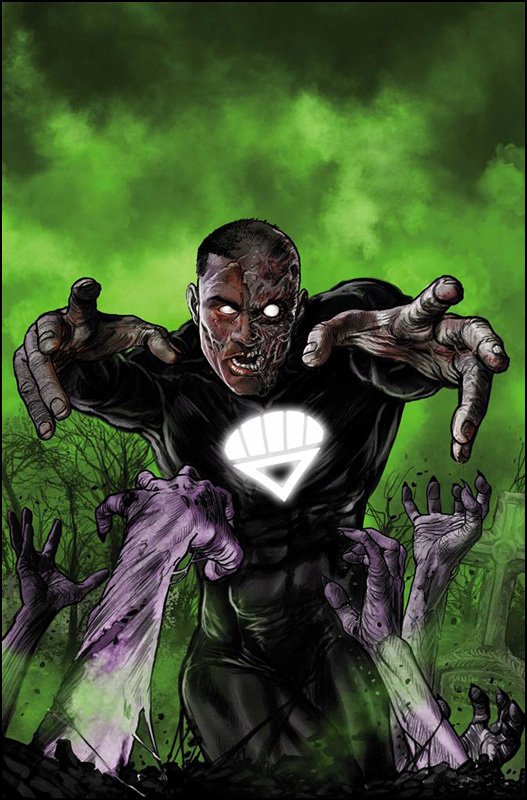 Speaking of the variant covers, the cover for the upcoming August issue has been shown. The theme for the variants in August is selfie pictures, and Green Lantern Corps gets a cool image of John and Kilowog by Mike McKone. 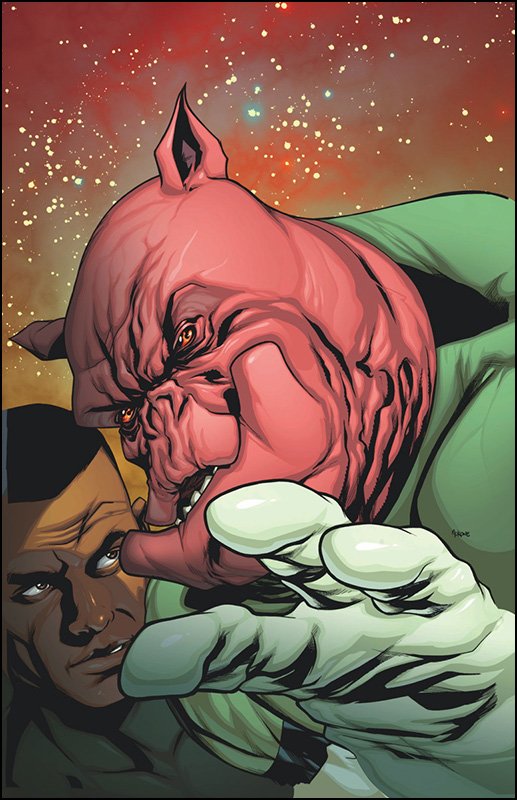 Keeping with the subject, I would like to congratulate DC Comics on the hugely successful Bombshell variant covers that came out in June. They boosted sales by an incredible amount, and strong Green Lantern Corps sales are always good news to me. Green Lantern Corps‘ variant features a very lovely image of Arisia. 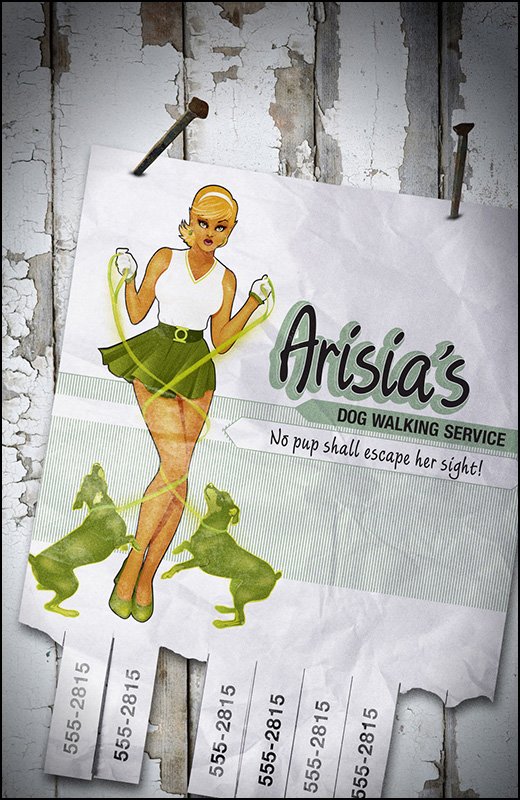 Some people seem to have a problem with these themed covers, but I find them to be really fun, and I wish DC all the best with them. The bombshell covers in particular are very well executed and every bit deserving of their success. The people who don’t like covers like these can simply not buy them.

Keep on the lookout for more Green Lantern John Stewart news. This is the month of San Diego Comic-Con, which means we may hear of some huge developments for the character. I also have more things to say about that, but I’ll save them for later.