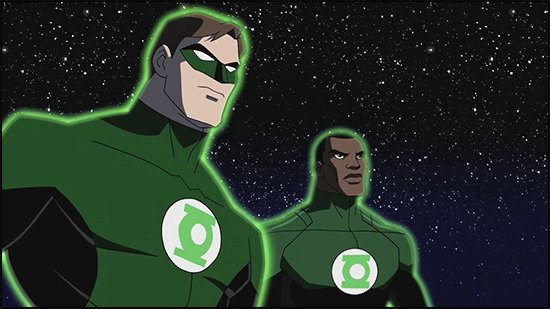 According to a rumor that was posted on the website Collider there will be more than one cinematic Green Lantern. Rumor has it that the rebooted franchise will focus on Hal Jordan and John Stewart. Latino-Review added that they believe Chris Pine may be in talks to play Hal Jordan. There is no mention from either Collider or Latino-Review of who is to play John Stewart. If you’ve been keeping up with Green Lantern movie information, you likely know Tyrese associated himself with the role when he began posting John Stewart images on his Instagram account and even hinted at having a meeting with WB executives about it. Apparently, the Green Lanterns will be unveiled at this coming San Diego Comic-Con.

We’ve heard so much about John Stewart appearing in film that I’m very confident we will see him on the big screen. The inclusion of Hal Jordan has the ring (ho ho) of truth to it, as much as I may not like that. We all know there are high ups at DC Comics who will push very strongly to have Hal Jordan in the film, because the thought of a whole new generation of youngsters growing up thinking Green Lantern is a Black man scares the living daylights out of them.

Though I don’t like the idea of John sharing his spotlight, another part of me feels somewhat neutral at this point. This may just be as good as John Stewart fans are going to get. As to whether I would simply accept this set up or vehemently reject it depends on how it is handled.

First of all, I cannot accept John Stewart being secondary to Hal Jordan, or a side kick. I know there are plenty of Hal Jordan fans who would love to see John get the War Machine treatment, but that will never satisfy John Stewart fans. John Stewart is not a supporting character to Hal Jordan.

Secondly, I’m going to have to see John in the Justice League. I’m not going to wait until 2020 (when the Green Lantern reboot film is scheduled for release) for him to appear. I don’t care what a comic from 1960 says; John Stewart should be the Justice League’s Green Lantern. Hal Jordan does not deserve preferential treatment after that disaster of a film he headlined in 2011. Furthermore, most people’s knowledge of the Justice League comes from the Bruce Timm cartoon shows, which prominently feature John Stewart as the League’s Lantern. John Stewart will have a role to play in Geoff Johns’ “Darkseid War” storyline in the Justice League comic book, and Johns has been thoroughly researching the character, so there is a good chance John will join the League in the comic books, which would be promising.

Lastly, if this rumor winds up being true, I feel John Stewart fans are still being cheated. Had John Stewart headlined a train wreck like the 2011 film, I’m almost certain he would be left out to dry. Yet, DC and WB seem intent on salvaging Hal Jordan by causing John Stewart fans to make a huge compromise.

Hopefully we get some official clarification on this matter soon, so we can finally close this case. 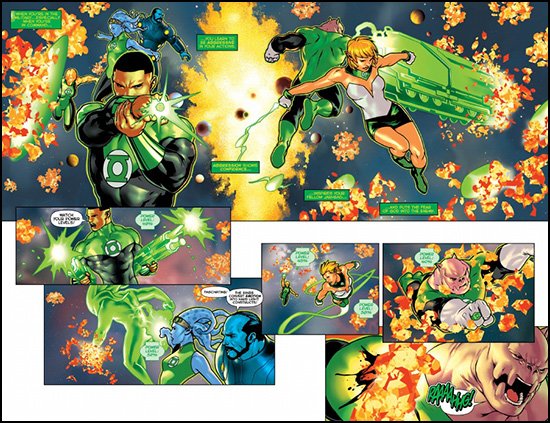 Cullen Bunn has done an interview with Newsarama.Com to shed more light on the new Green Lantern: Lost Army title.

“John’s leadership and command decisions are definitely central to the book, especially for the first arc. We’ll see him making some really tough calls during really stressful and dangerous times. He’ll be a different type of man… and a different type of leader… if he survives this ordeal.”

Expect a review of the first issue from GreenLantern.Co very soon!
GREEN LANTERN LOST ARMY To Have ‘Major Impact’ On New DCU