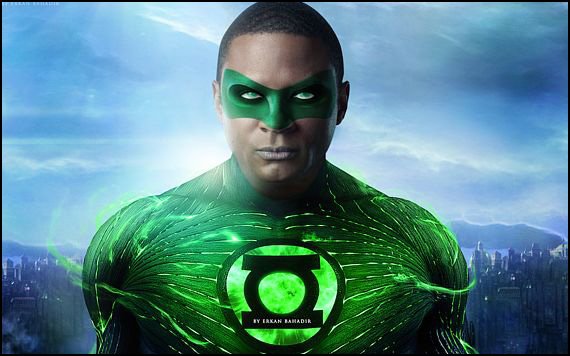 The rumors of Arrow character John Diggle secretly being the Green Lantern John Stewart have been running rampant, so much that the show runners have actually been in talks about making it happen, according to David Ramsey, the actor who plays Diggle. When asked if there was any truth to the rumors, he had this to say:

“Is John Diggle John Stewart? I cannot say “yes,” and I cannot say, “no.” I’m serious! I do know that there is serious discussion about whether or not this guy becomes John Stewart. But, I mean, I’ll say this: it is top secret. I’ve asked them – David Ramsey has asked them – and they’re like, “we’re working on some stuff.” If that’s the case, it’s gonna be huge. This is the stuff they want to avoid. I think they don’t want anybody to know yet and they haven’t even told me. But they have told me that they are thinking about it and that they are considering it. But they’re not going to release anything yet. That’s exactly what the told me. Greg Berlanti told me that. Andrew [Kreisberg] and Marc [Guggenheim] have told me that. I haven’t spoken to Geoff Johns about it. But that’s the word from people directly involved in Arrow- that they’re working on something. “Here’s the truth of it: if I knew, I would tell you I know the answer to that, but I’m not at liberty to tell you that. I would answer like that. I probably wouldn’t tell you anyway, but I would at least tell you that I know. I honestly do not know.”

This is certainly an interesting development. Not even the actor knows who his character really is. This goes to show more of the influence John Stewart has. The demand for this character is at a very, very high point now. Numerous multi-million dollar actors have endorsed the character and expressed interest in playing him, loads of fans are behind him, he won Character of the Month at ComicVine.Com, and fans are enthusiastically coming up with theories about how Diggle is actually John Stewart. I think it would behoove DC/WB to give us more of this character and explain what their plans are for him in media. Check out more on this story at ComicBook.Com 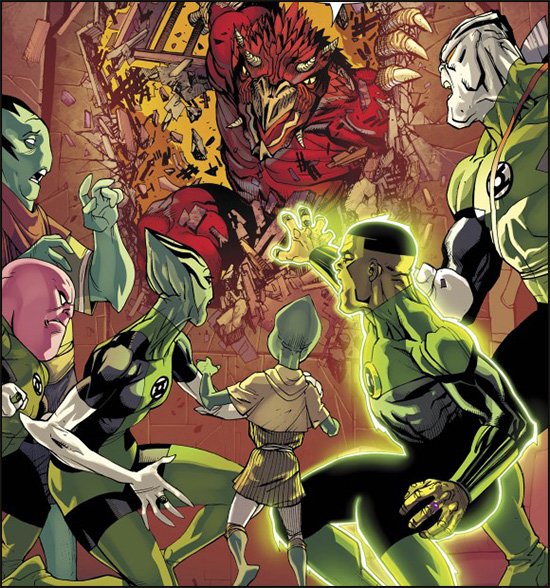 The preview for Green Lantern Corps #39 is out, in which Van Jensen kills another old person (with the first being Ergann). My favorite comic book series draws to a close. I really hope DC has something phenomenal planned for John after this. If he isn’t the undisputed star of another series, I will be very discontent.